Safest Countries In The World You Can Ever Visit 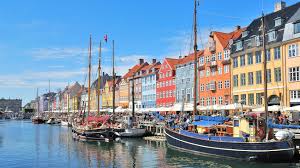 We are living in an unbalanced society were there are chaos virtually every where. But however, despite the unrest in most places, some countries on the other hand have actually stood out, these countries to some extent have demonstrated the epitome of what peace looks like or what it should look like.

What a person would normally consider when trying to settle in another country is a higher quality of life, but safety however, is an important aspect when it comes to gaining such. I guess you would like to see your kids grow up in an environment where they will feel safe, secured, and loved don't you?.

Below are countries that have demonstrated to the whole world that peace still exist some where even if it looks totally impossible to others. They are good destinations for tourist and settlers.

Iceland is one of the safest countries to live in, it is a country that have fewer internal crime rate and also do not actively take part in world conflicts or whatsoever, It is a country that's worth living in if you are a pacifist. You may not believe this, but Iceland is the only country in the world without mosquitoes, they have little or no malaria records. That's amazing right?

Denmark is a very peaceful European nation, not only that but also one of the richest countries in the world. It has little or no poverty records among it citizens. The country is full of diversified culture and a home of all art forms. They spend little budget on their defense system may be probably because they don't have anything much to fight against. What a great nation!

If there is any nation that is less talked about is Portugal, one of the major thing that makes people remember this country is football and the football stars it has produced. This country is among the few places in the world where peace is seen as the pillar of humanity. It has little crime rates or criminal records. If there is anything more fantastic about Portugal is that it is one if not the only country in the world to legalize all sorts of hard drugs including cocaine yet they have little records of drug abuse among it citizens. Isn't that wonderful?

Austria has been through a lot in the twentieth century during the first and the second world war, and i think they've sworn not to go through it again.

This tiny European nation has ever since then seen peace as a role model, also the country is quite very rich and prosperous in all forms and the citizens are well to get along with.

New Zealand is home to some of the best natural landscapes in the world, it is a very beautiful and serene country to behold because they are lovers of nature. This country has no black list for any nation and criminal acts are resentful to it citizens.

When you think of a European tour Slovenia doesn’t normally come to mind. You might think of Germany, France, or even Italy but not Slovenia.

But maybe next time you are planning a holiday maybe you should consider Slovenia. It’s a beautiful country and ranks high on the Global Peace Index. It’s surrounded by the Mediterranean sea as well as the Alps. A perfect setting for your holiday.

One of the safest European nations, you will fall in love with the cobbled streets, the dainty cafes, and the luxurious outdoors. Walk the streets any time of the day and you will feel an air of peace and calm. An increase in its safety rating has also increased the number of tourists that visit every year. Happy touring.