Facts About Sex We Are Interpreting Wrongly 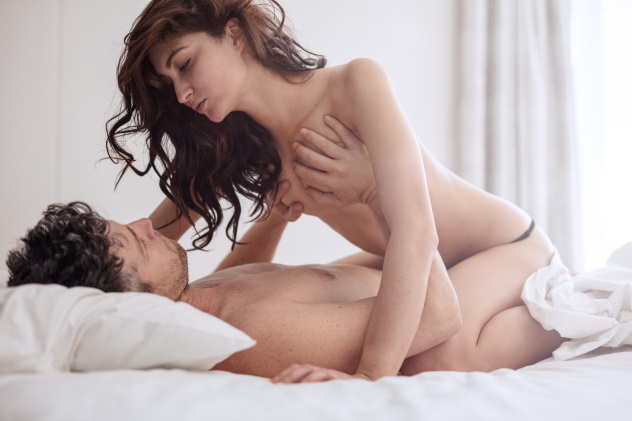 There are many sex myths that are inaccurate and completely opposite of how it works, yet they refuse to die because of the sheer number of people who think they’re true.

It Hurts During The First Time For Women

It is a popular belief that a woman having sexual experience for the first time could undergo pains. But this is actually inaccurate, but however, we are not saying sex cannot be painful, of course it can, because there are quite a number of discomforts that woman could encounter during sex but the idea of having a painful sex for the first time is actually a myth.

Of course there may be blood stain during sex for the first time but that does not guarantee pain. The hymen is a very flexible membrane that covers the passage of the vagina and when this membrane breaks, the pains that comes along side is something that may not be felt that much.

The Presence Of Blood Indicates Virginity

Most of us actually believed that when a woman bleeds during sex, it signifies virginity. But however, this is actually a misunderstood part of the whole thing about virginity. The female hymen is a membrane that can rupture even without sexual activities.

While it is true that sexual activities can break the hymen, there are other things aside sexual intercourse that also breaks the hymen - the most common is exercise. A strenuous exercise can also leads the rupture of the hymen aside sex. It means that a woman can still be a virgin and not bleed during her first time of having sex.

Another thing we still need to understand is that a woman who is no longer a virgin can still bleed during sex. It has been shown that when a woman disengage her self from sexual activities for a long time, the hymen may still regenerate and be intact which may lead to another blood stain when she resumes sexual engagements.

A Lot Of Sex Can Make The Vagina Looser

For frequent sex to loosen the vagina is popularly believed by many but this actually does not have a good scientific basis. The vagina is an organ that stretches to accommodate virtually all sizes of the male organ. After stretching, it can also return to it original shape and form as if nothing happened. The idea of a loosed vagina due to frequent sexual intercourse is a myth and does not really exist.

However, a normal process of aging could influence the form and look of the vagina - as we age our skin looses its resilience and this could also be applicable to the vagina.  But the idea of having a loose vagina due to frequent sex is something that don't really exist.

More importantly, the vagina isn’t really supposed to be tight during sexual intercourse in the first place. If it were, that would indicate that the sex isn’t pleasurable. If a woman is aroused, her vagina would essentially be “looser,” e.g. increased lubrication and blood flow to the region and expansion of certain parts to boost enjoyment, but it will always return to it original position and form after sex.

It is said that abstinence from sexual intercourse before participating in sport should be a normal training regiment for athletes so that they can perform effectively. In reality, this is not true. Having sex before sport is even wonderful because It can give you better focus and agility, work as a painkiller, and can make you have positive impact on athletic performance overall. However many people still believes that it is better to abstain from sex before sporting activities, this is simply because they still believe in it but however, that does not makes it true anyway.

Many men around the world are currently wallowing in shame because of finishing too early during their last sexual encounter. While there’s nothing wrong with that—as knowing your flaws is the first step to eventually fixing them—science says that most men may be being too hard on themselves. While popular wisdom and women’s magazines suggest that anything below 30 minutes is too early, in reality, studies say that sexual intercourse lasts just 5.4 minutes on average.

While it’s true that women tend to take much longer to orgasm than men, that’s a completely different conversation. What most people consider to be premature ejaculation is a perfectly adequate amount of time to take to finish. If you can stretch it up to between seven and 13 minutes, that comfortably falls under the “desirable” category, according to a survey.

The Female Orgasm Completely Depends On Male Performance In Bed

Female partner having an orgasm is generally considered to be the best indicator of how good a man is in bed. However, if you look into how female orgasms work, you’d realize that it’s much more complicated than what you think. Female orgasmic process is quite different from male's, there are several factors that contributes to the female orgasm which is not even in any way related to how much the man performs in bed. While it is true that a man should offer a good sex, it is also true that the man is not solemnly responsible for female orgasm.

In fact, there’s a sizeable percentage (10–15) of women who simply can’t orgasm, no matter what. For others, the orgasm has little to do with intercourse, as it very often takes other stimulation (like sex toys) to attain it. Evolutionarily speaking, female orgasm doesn’t even seem like it should exist; women have a wholly different mechanism for getting their body ready for reproduction, as opposed to ejaculation in men.