World Famous People Who Got Married to Their Relatives 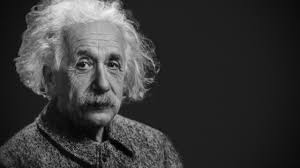 Sometimes the quest for love could be unimaginable. A lot of people fall in love for different reasons and for different purposes. It is true that when our heart beats for something the yearning that grows alongside is something that even we our self can not contain. People have gone extra mile to do things for love, a lot of people have even defied the psychological principle of the westermarck effect. But however the definition of love is subjective and complicated, it meaning affects people in different ways.

Below are some of the world famous people who according to history, married their closed relatives for some unidentified reasons.

Franklin D. Roosevelt was an American 32nd president from 1933 till his death in 1945. Although himself and his cousin had met as children, they became reacquainted after a dinner at the White House in 1902 held by Eleanor’s uncle and Franklin’s fifth cousin, President Teddy Roosevelt. FDR was 20 at the time and was attending Harvard. They were married on St. Patrick’s Day, 1905, and had six children.

He was a German composer and a musician. In 1707 Johann Sebastian Bach married his second cousin on his father’s side, Maria Barbara Bach. She died in 1720. Not much is known about their marriage, but he remarried less than two years after her death.

Wells was an English writer most famous today for the science fiction novels he published between 1895 and 1901: The Time Machine, The Island of Doctor Moreau, The Invisible Man, The War of the Worlds, When the Sleeper Wakes, and The First Men in the Moon. He married his first cousin Isabel Mary Wells, who he left after only three years.

Thomas Jefferson served as the third president of the United States from 1801 to 1809. He married his third cousin Martha Wayles Skelton Jefferson in 1772. They had six children together. Martha died on September 6, 1782 and Jefferson never remarried.

Albert Einstein is one of the greatest and the most famous scientist to have ever lived among humans. He  married his second cousin Elsa in 1919, not too long after his divorce from his first wife Mileva. Elsa died in 1936 due to various health problems, and though Albert never married again he had several girlfriends until his death in 1955.

Known as the father of evolution and natural selection. Charles Darwin married his first cousin Emma Wedgwood. They had a total of ten children. Darwin died in 1882.

Jerry Lee Lewis is an American singer-songwriter, musician, and pianist, often known by his nickname, The Killer.  He married his cousin Myra, who was only 13 at the time. He lost an incredible amount of respect and credibility. The marriage almost ended his career and caused him to move from rock to a more country style. They had two children together, and ended up divorced in 1970.

Rudolph William Louis Giuliani is an American politician, attorney, businessman, and public speaker who served as the 107th Mayor of New York City from 1994 to 2001. He currently acts as an attorney to President Donald Trump. He married a woman who he thought to be his third cousin, Regina Peruggi, in 1968. It wasn’t until many years later that they realized that they were actually second cousins. Regina and Rudy divorced in 1982, and Rudy married his second wife Donna Hanover in 1984.