Ways Your Beards Could be Affecting the People Around You 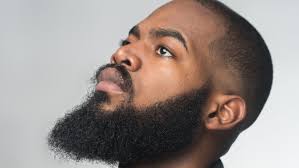 What you are about to learn in this article is not of the general opinion, we all see things differently and read meaning to things differently. The content of this article may not be applicable to everybody. We usually attribute some behaviors and qualities to people with beards, but however in most cases we may be wrong because physical expression does not tell anything about anyone's personality.

Below are some few thing that most people usually attribute to people with beards.

When a man has distinctive facial hair people tend to associate certain traits with him. Traits like aggression maturity, dominance. It is believed that beards is a sign of active testosterone which could drive aggression.

Some certain trends may come into play when it comes to beards and sexual appeals and advances.

In the aspect of attractiveness, women may tend to favor a man with heavy beards over those with lighter ones. They may also find men with facial hair to be more masculine and better providers in sexual activities, aside that they may feel men with facial hairs make better parent.

Some studies have shown that men with beards were deemed to be less trustworthy than men who were clean-shaven or without beards. In another study Participants feel that they prefer bearded men when it comes to issues of trust, particularly when it comes to first impressions.

We all know that a man with beard commands respect. Most people always see men with beards as wiser, learned, and older.

There are mixed results when it comes to beards and how they’re perceived in jobs and interviews. Clean-shaven men seem to have an advantage when it comes to entry-level positions while a well-groomed beard may help you when it comes to land more executive-type positions. That’s because beards can help you be perceived as mature, knowledgeable and dominant – and, hey, people respect people like that. But however note that much beards make you look unkempt so be vigilant when you go for interviews.