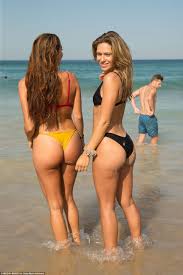 You may be thinking that as a tourist going on vacation in another nation, to some extent you should be exempted from fines and punishments after mistakenly breaching some laws due to ignorance. However, this is true but this flexibility is not all applicable in most places. Whether you are a tourist or not and regardless of the gravity of offense you may have committed, some places don't mind putting you behind bars even if it was a selfie you took with a statue you are not suppose to.

Below are surprising laws you should beware of on your next trip overseas.

"Take nothing but photos, leave nothing but food prints" is always the warning giving to visitors in a tourist attraction site.

Most visitors likes carrying souvenir along when going home after vacation. Cornwall is the westernmost part of the South West Peninsula of the island of Great Britain. Cornwall beach is a place rich in beautiful pebbles that most tourist like taking home after visiting, this became an environmental concern for local authorities. In 2018 according to reports, a tourist was forced to travel hundreds of kilometers to return pebbles he had taken from the beach to avoid paying a hefty fine of £1,000. I guess you are wondering, how can someone pay fine by just taking pebbles? Anyway that's the rule in Cornwall.

In Florence You Don't Eat In Public

Florence is a city in Italy, eating outside in this city could invite a fine of 50 - 100 euros.

Stepping On A Banknote In Thailand

The Thai people revere their royal family, and they don't joke with them. In Thai land, it is forbidden to speak against the royal family or abuse anything that carries the royal majesty's image, including posters and bank notes. Stepping on a bank note carrying the king's face could keep you behind bars regardless of you being a visitor or a local. Also in Thai Land it is a law that everyone should be on his or her feet irrespective of whatever you are doing when the national anthem is been sang on radio.

Being in bikinis is a good way of enjoying the summer holidays for beach lovers. You could imagine your self wearing it all day long just to stay tuned to the fresh air and jettison the harsh heat from the environment. Right now in many European nations wearing bikini is becoming a major concern.

In 2011, for example, Barcelona began to impose fines on tourists who fail to get dressed before leaving the beach. Wearing a bikini outside the beach or pool even if its just to go get some bite nearby at the canteen or the cafe, could attract a 300 euro fine.

Taking photos is one one of the way of documenting holiday memories. But in most nations if you must take a photo, make sure there are no security forces like military personnels or anything that military appearing in the background, you could be locked behind bars for doing this or pay heavily a fine for it.

According to reports, in 2018, a British tourist in Egypt was arrested over an innocent airport photo which unintentionally captured a military helicopter in the background. France is also a nation that frown at this behavior as well. So the next time you are on vacation, beware of where you take photos so you don't step on toes or breach a law.