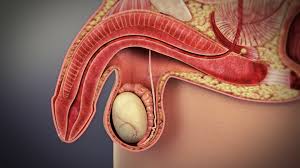 Impotency can also be called erectile dysfunction ED, it is the inability to gain or keep an erection strong enough for sexual intercourse. It is different from male infertility. Most people actually misplace impotency for infertility but however, both are actually different.

Male infertility is a condition by which a man cannot get a woman pregnant due to low sperm production, abnormal sperm function or blockages that prevent the delivery of sperm. While impotency actually mean that there is no sufficient blood flow to the penis to keep it erect. A man can be impotent and still be able to get a woman pregnant. I guess you have understood the differences between the both of them now.

Factors that can contribute to impotency includes; Physical Factors and Psychological Factors

In many cases, erectile dysfunction is caused by something physical. Common causes include:

Cardiovascular disease such as heart problems, high blood pressure, clogged blood vessels e.t.c can cause erectile dysfunction or impotency. Since the penis needs sufficient blood to become erect, any heart disease can contribute greatly to impotency.

High cholesterol in the body can clogged in blood vessels preventing blood flow around the body. This can also have a great influence on impotency.

Men with type 2 diabetes can also suffer from impotency. It can cause damage to blood vessels due to poor-long term blood sugar control, preventing blood to flow effectively to the penis.

Men who are overweight can also suffer from impotency because men who are obese have a high tendency of developing heart disease and diabetes.

The brain is the one that initiate the process of erection. Excessive alcohol can affect the brain, causing a poor responds and inability to trigger blood flow to the penis.

Testosterone hormone is the male hormone responsible for a male reproductive health. When the testosterone level is low, it could bring a lot of sexual problems ranging from; low sex drive, erectile dysfunction, and any other sexual disorders. Testosterone administration therapy is a way of solving this issue.

This is the major cause of impotency in males most especially in young men.

The brain plays a key role in triggering the series of physical events that cause an erection, starting with feelings of sexual excitement. A number of things can interfere with sexual feelings and cause or worsen erectile dysfunction. These include:

. Relationship problems due to stress, poor communication between partners. or other concerns.

Now we have seen impotency and what causes it, right now let us see infertility and what are responsible for infertility.

. Problems with the delivery of sperm

. Overexposure to certain environmental factors such as radiation and chemicals.

Damage related to cancer and its treatment,

Causes of infertility in female;

. Cancer and its treatment.