Innovative way of Preventing Heat In Your Room 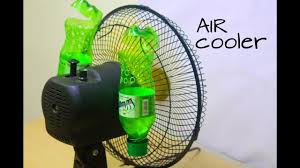 It is not a great thing to know that after a long day from work or from anywhere during you got home instead of enjoying rest in the coolest way possible, you found out that the heat in your home is even worse than the environment itself. Using an air condition is the best way to overcome any scenario of such, but how many of us could actually afford that? most especially in this part of the world Africa.

Most homes have fans they rely on but the truth be told, fans does not actually produce cool air like air condition does, the logic behind fan is that when it blows your body, it condense the heat coming out from it and make your body looks cool. But sometimes when the environment becomes too hot, fan may start circulating warm air around, the air that is been generated by the surrounding and this may not actually be what you wanted.

Below are simple tricks you can employ in your home to cool you off and overcome the harsh environment if you have no air condition.

Fan and Frozen Ice can do magic

* You can easily make an air conditioning unit from your fan. How to do this is very simple. Fill two large bottles with water and put them in the freezer until the water has frozen completely. Place the fan close to the bottles if it is a standing fan but if its a ceiling fan, you can place the bottles on the ground. Since the principle behind fan is to blow the available air around it may start blowing the cold air that is been produced by the ice and in no time your room will become conducive. At least if not much, it will go a long way to make you comfortable.