Woman Unable To Have Sex Because Of A Blind Vagina 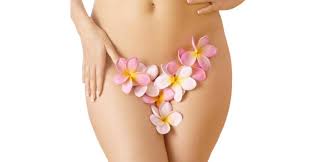 A 20-year-old woman in Pakistan reported to her doctors that she was having difficulties having sex with her husband.

Having only recently been married and begun having sex, she hadn't noticed any sexual problems before that point. When she attempted to have sex with her husband, penetration wasn't possible. Over the six months of their marriage, this led to physical and verbal abuse from the husband, and she eventually returned to live with her parents.

She had experienced other signs that something was amiss, and told doctors that she had had lower abdominal pain over the past three years, and had never had a period. This had clearly caused her to question what was going on with her body, but her mother had put it down to delayed puberty.

Her mother's explanation was quickly ruled out.

"Breast development was normal for age, and other secondary sexual characters seemed normal," the doctors wrote in BMJ Case Reports.

An ultrasound showed a normal-sized uterus and seemingly normal ovaries, and results of a hormonal profile were all within normal limits.

Upon physical inspection, the problem was identified. The woman had a "blind vagina" of just 2 centimeters (0.7 inches) in length: her reproductive canal ended in a sac that didn't connect to her internal genitalia. She was diagnosed with a transverse vaginal septum, where a horizontal "wall" of tissue formed during embryologic development essentially blocks the vagina.

People who have this, if there is no hole connecting the upper and lower vagina, will have their menstrual blood pool in the upper vagina, which can cause abdominal pain, Boston's Children's Hospital explains. The condition can often go unnoticed until the onset of puberty or when people who have it become sexually active and experience pain during intercourse.

The doctors performed surgery to connect the two parts of the woman's vagina, cutting out the tissue blocking the passage. They then inserted a mold wrapped in a condom into her vagina, which was left in for a week to stretch out the newly created cavity, before replacing it with a silicon mold that was used on and off for a further three weeks.

Three months after surgery, she was able to have sex with no discomfort. She became pregnant seven months later, giving birth to a baby boy via caesarian section.