People That Have Died by Putting On Clothes 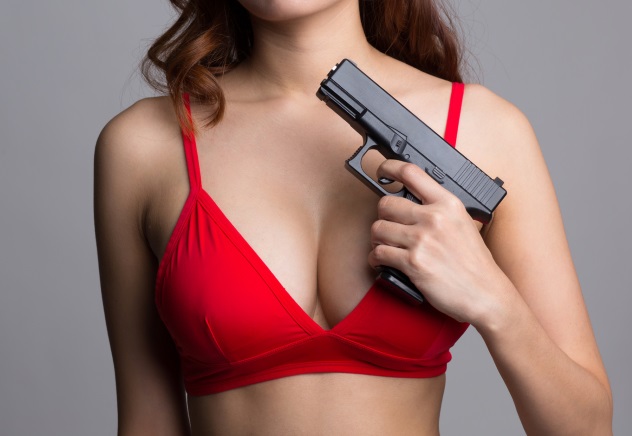 People have repeatedly sacrificed safety for fashion, so clothing-related deaths are nothing new. However, some deaths involving clothing have been so strange, unusual, or rare that they stand out within our collective memory.

On a chilly February morning in 2009, 81-year-old Evelyn Rogoff had a hankering for green tea. Little did she know that she would never get a chance to drink it. As she reached across the stove, the chenille bathrobe she was wearing grazed the electric burner and caught fire. Because of the flammability of the garment, Evelyn rapidly became engulfed in flames. Her husband Murray quickly intervened and tried to put out the fire, but his clothes caught alight, too. Their daughter entered the home to find both her parents ablaze and doused them with water to extinguish the kitchen inferno before rushing them both to the hospital.

Evelyn spent six weeks at the University of California San Diego Burn Center before succumbing to her injuries. She had suffered third-degree burns over 30 percent of her body. Even more tragically, Murray passed away from a heart attack several months later. There has since been a recall on the deadly garment by the manufacturer, Blair Corporation. The company’s bathrobes have been blamed for nine deaths nationally.

In 2012, a neighbor was shocked to find a young woman unresponsive in the stairwell of his Lower East Side walk-up in Manhattan. At first it appeared that she had just fallen over and urinated on herself, but after rolling her over, he found her face covered in blood and a large gash on her neck. When first responders arrived, they identified the young woman as Carlisle Brigham, who had been staying with a friend who lived in the apartment. Initially, police thought she had been slashed due to the gash on her neck and the large amount of blood.

A subsequent autopsy revealed that her death was accidental rather than a homicide. It was believed to have been instigated by her high-heeled shoes. The combination of very high heels and a slippery marble staircase proved fatal. She apparently tripped and fell down the steep flight of stairs, shattering her chin and opening the wound on her neck in the process. The medical examiner ruled that her death was consistent with a fall down the stairs.

As hard as it may be to believe, this happened in 2015. Christina Bond, aged 55, was carrying her handgun in a bra holster. There are a variety of options for women’s concealed carry that have become popular in recent years, including purse and bra holsters. This particular holster attaches to the front of the bra, concealing the gun between the breasts via a strap that attaches to the clamshell holster itself.

Bond was having trouble with her bra holster. As she was trying to adjust it to improve the fit, she somehow got the gun turned around toward her face as she was looking down at it. The gun discharged, shooting her in the eye. She was airlifted to Kalamazoo Hospital, where she died the following day. Experts believe that she must have either dislodged the gun from the clamshell or somehow got her finger near the trigger while adjusting in order for this event to have even been possible.

Crushed By A Mountain Of Clothing

In what can only be described as a case of hoarding gone wrong, three family members in Alicante, Spain, were crushed to death when the first floor of their home collapsed due to the massive weight of a large amount of clothing in 2009. A man, his wife, and their 12-year-old daughter died in the accident.

According to news reports, the couple suffered from Diogenes Syndrome, which led to the mounds of clothing. The family’s older daughter survived. She had been asleep in an upstairs bedroom when the accident occurred. After waking up and discovering that the floor had collapsed under the clothes, she saw her sister’s arm sticking out from the pile and alerted authorities.

Maria Pantzapolous only wanted to take some fun photos of herself taking part in the “trash the dress” fad that has become popular on the Internet. This trend has brides “trashing” their expensive wedding dresses, often hoping to achieve the look of a high-fashion photo shoot. Popular means of dress-trashing include swimming or wading in water. Pantzapolous had hoped to achieve a similar result when she waded into the water at Rawdon Falls in Quebec in August 2012.

Unaware of the deceptively strong current at Rawdon Falls, Pantzapolous asked her photographer to take pictures of her as she swam in the dress. The dress quickly became very heavy as the multiple layers absorbed water, and she became overwhelmed by the weight of it. Suddenly, the current started dragging the tiny woman further downstream. Attempts by her photographer to save her were futile, as the water began to pull him under as well. She eventually stopped fighting the current. Her body was found downstream two hours later.

Isadora Duncan was a famous dancer and choreographer around the turn of the 20th century. She is also one of the most well-known examples of people dying for fashion. Duncan was known for many things in her lifetime, including being hailed as the “mother of modern dance.” Her freethinking and disdain for puritanical values was cause for public fascination, as was her personal life, which was filled with tragedy. In addition to dance, Duncan was notorious for her feminist and Communist views. She was also openly atheist and bisexual and liberally consumed alcohol.

While riding in a car with a friend in 1927, the long scarf Duncan was wearing became entangled in the wheel of the car and pulled her from the vehicle, breaking her neck. This was not the first death by scarf, but it is certainly the most famous. Taking all the other fascinating parts of her life into consideration, she is perhaps known best for her tragic death. The way Duncan died became so associated with her that in subsequent years, individuals succumbing to injury or death in a similar manner have been diagnosed with “long-scarf syndrome,” also referred to as “Isadora Duncan syndrome.”