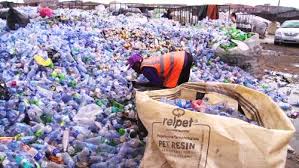 Nigeria, Africa's biggest economy, has an alarming rate of out-of-school children (10.5 million) and recently tagged the Poverty Capital of the World by World Poverty Clock, estimating that 91.5 million of her people live below the poverty line as at March 2019.

There are several families who cannot afford to pay their children's school fees so to solve this problem, "Morit International School", a private school in Ajegunle teamed up with an NGO, African CLEANUP Initiative, to allow parents who are unable to afford school fees for their kids pay with plastic bottles through an educational solution called Recycles Pay Educational Product.