American Citizens That Are Traitors To The Nation 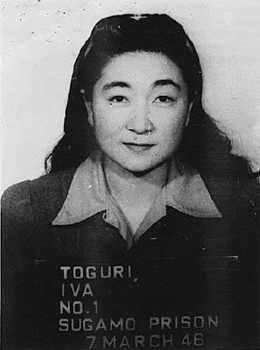 Black’s Law Dictionary defines “treason” as ”attempting to overthrow the government of the state to which one owes allegiance, either by making war against the state or by materially supporting its enemies”. Submitted here are people who did all they could to make sure America is drowned.

During the height of the Vietnam war in 1972, film starlet Jane Fonda visited North Vietnam and shilled for the North Vietnamese government, screeching that American prisoners of war (POWs) were being treated humanely. She then went on to condemn all US soldiers as “war criminals”. On hearing that many POWs claimed to have been tortured, Fonda denounced them as “liars”. She encountered no legal or professional repercussions upon her return to the US, but claims to deeply regret her actions today.

An American-born convert to Islam, Adam Yahiye Gadahn (aka, “Azzam the American”) threatened a terrorist attack on Los Angeles in a 2005 Al Qaeda video. As a full-on member of their “media committee”, Gadahn served Al Qaeda as translator, video producer, cultural interpreter and spokesman. His zeal in their propaganda was cartoonish in its intensity, but all too real.

After Al Qaeda leader Ayman Al-Zawahiri endorsed the videos—some of which referred to the United States as “enemy soil”–the Justice Department indicted Gadahn, the first American accused of treason since World War Two. It is widely believed that “Azzam the American” is now “Azzam the Dead American”; following reports that he was killed by a Predator drone in January 2008.

Aldrich Ames began working for the CIA during high school, and did so until he was discovered to be a Soviet double agent in 1994. He specialized in selling the identities of CIA agents, placed within the KGB, to the KGB. In true cloak-and-dagger fashion, Ames would mark a blue postal drop box with a piece of chalk whenever he needed to contact his KGB handlers.

The damage he caused US intelligence efforts can’t really be known, but conservative estimates indicate that he exposed over 100 agents, and was directly responsible for at least 10 deaths. A thorough accounting of his finances revealed that he and his wife made over $4.6 million over the course of their espionage career. Ames explained the full extent of his activities as part of a plea bargain to mitigate his wife’s sentence (how gallant). As a result, Ames was sentenced to life in prison, while his wife received 63 months.

“Tokyo Rose” is a collective nickname applied to not one, but several sultry-voiced women who worked for Radio Tokyo during World War 2. In between popular songs, these sirens cooed Japanese propaganda designed to make American soldiers nostalgic and homesick. UCLA grad Iva Toguri D’Aquino was the most infamous.

An American citizen of Japanese descent, she worked as a Radio Tokyo announcer from 1943-1945. Immediately after the war, D’Aquino was arrested, but released without being charged. Authorities reopened her case with a vengeance in 1948, and she was promptly convicted of treason in 1949. D’Aquino served six years in prison. Throughout her trial she denied any disloyalty to the US, and prosecutors didn’t present a single radio broadcast as evidence against her. In fact, critical testimony against her was later found to be false and coerced, to the extent that President Gerald Ford pardoned D’Aquino in 1977.

Yes, an American Vice President was also one of its greatest traitors. Fresh off his duel with Alexander Hamilton, Aaron Burr noticed his political career was now as dead as Hamilton was. So he looked fondly on the Louisiana territory, with its disputed borders, and residents toying with secessionist notions. Burr believed a small army could steal Louisiana away, so he contacted Britain’s ambassador, offering to help Britain take the territory. In return, Burr wanted money and ships. But he also needed a general.

So Burr sent the infamous “Cipher Letter” to General James Wilkinson, Commander-in-Chief of the US Army, detailing the plot and requesting his services. However, Wilkinson believed the plan would fail, and ratted him out to President Thomas Jefferson.

Thus, on December 9, 1806, the US Army seized most of Burr’s boats and supplies. But Burr knew it was REALLY over when he saw a New Orleans newspaper article with a verbatim copy of the Cipher Letter to Britain. Burr appeared in court and was not initially indicted, but fled when asked to appear a second time. After recapture, he was found not guilty, due to a very precise Supreme Court reading of the Constitution’s definition of treason. He then fled to Europe but returned after four years, finding work as an attorney.

In 1953, Julius and Ethel Rosenberg were the first American civilians executed under Section 2 of the Espionage Act. Charges related to passing atomic bomb secrets to Russian agents (the data came from Ethel’s brother, who worked on the Manhattan Project in Los Alamos). Their legal prosecution was the “Trial of the Century” (prior to O.J., at least), and many felt the couple were unfairly convicted. However, recently declassified cables from the Soviet Union’s VENONA project, now support testimony that Julius was, indeed, a courier and recruiter for the USSR. In fact, Morton Sobell, who was tried along with the Rosenbergs (and served 17 years in prison), admitted in 2008 that yes, he was a spy, and that Julius Rosenberg handed atomic bomb information to the Soviets.

Robert Hanssen is a former FBI agent who spied for Soviet and Russian intelligence services against the United States for 22 years (1979 to 2001). During his espionage career Hanssen compromised scores of investigations and operations, including the surveillance of suspected mole Felix Bloch, and completed an eavesdropping tunnel directly under the Soviet Embassy decoding room. At one time, he even became responsible for apprehending himself, and he passed some of that off to Aldrich Ames (above). Worse, however, were his leaks to the USSR of every KGB agent contacting the FBI— conveniently identifying detected double-agents and prospective defectors alike.

The FBI was so flummoxed at finding Hanssen, they had to buy the information to put him away (most of which they already had). Cash and Hanssen’s carelessness eventually led to his capture, and in 2001 he pled guilty to 13 counts of espionage in the United States. He was then sentenced to life in prison, without the possibility of parole, and can be found in America’s “Supermax” prison, where he remains in his cell, alone, 23 hours a day. Many have described his activities as “possibly the worst intelligence disaster in US history.”

Nidal Malik Hasan was a U.S. Army Major, and the sole suspect in a shooting at the Fort Hood military base, only weeks before he would have deployed to Afghanistan. Prior to the shooting, Hasan had repeatedly expressed extremist views, most of which had been communicated to his superiors and the FBI.

The Feds had even monitored his e-mails to Imam Anwar al-Awlaki, also known as the “Bin Laden of the Internet”. Sadly, political correctness and a slow-moving investigation prevented the Army from taking action before Hasan murdered 13 people and wounded 30 others. Oddly, the Pentagon never mentions Hasan’s Islamism in its entire 86-page review of the incident. Never mind that during the attack, he was not in uniform, but dressed in traditional Muslim clothing, and was shooting unarmed victims while shouting “Allah Ackbar”. Hasan currently resides under heavy guard at the Brooke Army Medical Center in Houston, Texas, reportedly a paraplegic.

In 1967, Navy communications officer John Walker, Jr. snuck into the Soviet Embassy in Washington, D.C., and offered to sell secrets. He then handed over settings for the KL-47 cipher machine, which decoded sensitive US Navy messages. His motivations were purely financial, and he proved to be a screaming bargain: over the next 17 years, Walker gave the KGB the locations of all American nuclear submarines, as well as the procedures the US would follow to launch nuclear missiles at the Soviet Union in the event of war.

The Soviets also learned the locations of underwater microphones tracking Soviet nuclear submarines. Moreover, KGB agents learned every American troop and air movement to Vietnam from 1971-1973, and they passed this on to their allies, including the planned sites and times for U.S. airstrikes against North Vietnam. According to Vitaly Yurchenko, a KGB defector, “It was the greatest case in KGB history. We deciphered millions of your messages. If there had been a war, we would have won it.”

His name is synonymous with disloyalty. During the American Revolutionary War, Arnold began the war in the Continental Army, but later defected to the British Army. While still a general on the American side, he became Commander of the West Point fort in New York, and offered to surrender it to the British. After the plot came to light, in September 1780, Arnold joined the British Army as a brigadier general, with a sizable pension and £6,000 signing bonus.

Many believe that he was frustrated at being passed over for promotion, sickened by others taking credit for his achievements, and tired of (groundless) accusations that he exacted private property for the use of the army . In fact, Congressional investigations later found Arnold had spent much of his own money on the American war effort.

Much like Aaron Burr (above) Arnold’s plan unraveled due to an intercepted document: when American forces captured British Major John André carrying papers revealing the proposed surrender of West Point, Arnold fled to a British ship docked on the Hudson river, narrowly escaping the forces of one highly pissed off George Washington. Britain quickly secured Arnold’s services, and he led British raids in Virginia, New London and Groton, Connecticut, before the war ended with the American victory at Yorktown. Arnold died in London, and monuments to him there are ambiguous at best.