Rare Things That Are Found In France 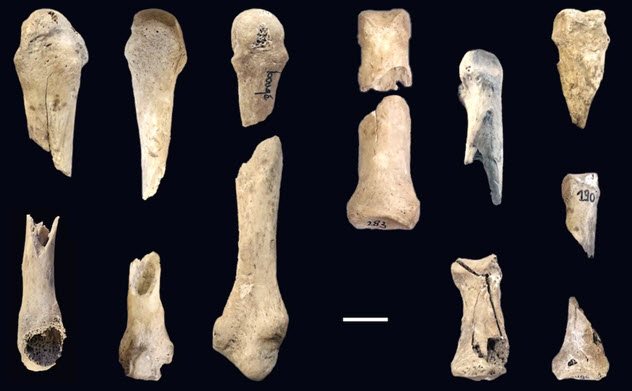 The History and story of France dates back to thousands of years ago. Unsurprisingly, the region is packed with ancient remains. Certain villages contain secret codes, weird graveyards lurk inside kindergartens, and some towns even turn out to be lost cities.

History also has a dark side. From shackled bodies to massacres, the violence of ancient France left a disturbing trail throughout the archaeological record.

In 2016, excavations in Nimes uncovered around 20 graves. Found at Roman ruins, the graves were too disorderly to be a cemetery. Further investigation also found three unexpected individuals. Several clues suggested that the medieval burials were Muslim. Their faces were turned toward Mecca, and the socket shape of their tombs matched other Muslim graves.

Historically, the medieval Arab-Islamic conquest left traces around the Mediterranean and the Iberian Peninsula. In France itself, Muslim graves had already been found at Marseille and Montpellier.

However, those burials dated to the 12th and 13th centuries, respectively, while the graves at Nimes were dug between the seventh and ninth centuries. This made them the oldest Muslim graves in France.

As surprising as the burials were, their presence was not entirely out of place. Records showed that Muslims were in France during that time. As to the identities of the three men, DNA tests suggested that they were Berbers, a North African group that had adopted the Arab religion during the early Middle Ages.

In 2006, playtime for a group of toddlers took a gruesome turn. An adult noticed that the kids were pulling human bones from the ground and alerted the police.

It turned out that the kindergarten in the town of Saint-Laurent-Medoc was sitting on an ancient burial mound. Archaeologists identified 30 skeletons that likely belonged to a Bronze Age group called the Bell-Beaker culture.

A recent study reviewed the so-called Le Tumulus des Sables burial mound and found an extraordinary mystery. For reasons unknown, people returned to the mound for 2,000 years (3600 BC to 1250 BC) to bury their dead. Archaeologists cannot understand why the shallow, unadorned site remained in use for so long.

The analysis also showed that only six individuals were from the Bell-Beaker culture. Unexpectedly, they appeared to have been born as locals. Most Bell-Beaker remains indicate a people constantly on the move throughout Europe.

Another oddity was their diet. Dental chemicals showed that they ate no fish or seafood despite the region’s proximity to estuaries, rivers, and the Atlantic Ocean.

In 2014, researchers returned to a cemetery they had found a year earlier. The necropolis was constructed centuries ago by the Romans near the town of Saintes.

The team uncovered hundreds of graves, including several individuals who were in chains. They were not just temporarily cuffed, either. Three men had iron shackles fused permanently around their ankles.

Another adult, whose gender could not be determined, wore a metal “bondage collar.” This type of restraint resembled a large ring fastened around the neck. Sadly, the body of a child showed similar treatment. The youngster had been buried with a restraint around the wrist.

No grave goods accompanied the shackled skeletons, suggesting that their social status must have been low in life. Although nothing is known about them, they were likely kept as slaves by the Romans during the second century AD.

In 2015, Valentin Loescher volunteered at an archaeological dig. The 20-year-old was assigned to Arago cave in southwestern France. The site had already produced the famous Tautavel man, a Neanderthal ancestor who died around 450,000 years ago.

While brushing away dirt, Loescher found a large human tooth. A single snapper sounds like a worthless find, but it is immensely useful. A fossil tooth’s wear and tear can reveal things about a person’s diet and health. Teeth also contain DNA, which can add genetic information like gender and ethnicity.

While future studies could paint the profile of the person who lost the tooth, dating tests showed that it was around 560,000 years old. That alone made it a major discovery. Not only did it predate Tautavel man by over 100,000 years but it also could reveal more about somebody who lived during a time that left few human traces in Europe.

There are many ancient rock shelters in France. In 2012, archaeologists applied their craft in a shelter located in the southwestern part of the country. While investigating the cave, they found a block of limestone on the floor. When they turned the piece over, it showed what could be among Europe’s oldest art.

Around 38,000 years ago, an artist drew the now-extinct cattle called aurochs. The person also added dots numbering in the dozens. The decision to dig at the cave, called Abri Blanchard, was based on the fact that the region—and the shelter itself—had already produced carved slabs and art in the past.

Abri Blanchard would have been a winter shelter for the first Homo sapiens who arrived in Europe. Known as the Aurignacians, one of them would also have created the dotty aurochs. While similarly aligned spots are known from other Aurignacian artifacts, researchers called the mix of an animal figure with the geometric decorations “exceptional.”

In northwest France is a village named Plougastel-Daoulas. A few years ago, somebody walked on a nearby beach and found a rock with carvings. The symbols included a sailing vessel and a heart.

The facts are sparse. Around 230 years ago, somebody chiseled the marks, which are only visible during low tide. The age was determined from the dates 1786 and 1787, both of which were clearly inscribed into the rock.

Around that time, artillery batteries were being constructed to protect a local fort. However, it remains unclear whether there is a link between the builders and the puzzle. In 2019, the village offered 2,000 euros ($2,240) to anyone who could decipher the inscription.

In 2012, archaeologists stumbled upon 60 silos, or pits dug in the ground. Situated near Bergheim, a French village near Germany’s border, one pit was horrific. Stuffed with human remains, the nearly 6,000-year-old silo contained amputated arms, fingers, hands, and seven bodies.

Whatever brutal event transpired, children were not spared. One arm was hacked off a child aged between 12 and 16. Four of the bodies were those of children, and another belonged to a small infant barely a year old.

A middle-aged man had a particularly violent end. His arm was cut off, and he had suffered several blows, including a vicious swipe to the head that probably killed him. The man’s remains were at the bottom of the 2-meter-deep (6.5 ft) pit.

At the top, things looked a little different. Centuries after the slaughter, it appeared that the silo was used again as a grave. A woman was interred, but unlike the rest, her body showed no signs of violence. Researchers speculated that the Stone Age group was punished for some transgression or died during warfare.