Why Lions Are The Most Interesting Predators 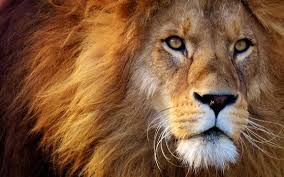 Lions are known as the “King of the Jungle.” These majestic creatures are the SECOND largest living cat today after Tigers. Despite what most people may think, they are not the biggest cats. These big cats are smaller than their feline relative, the Siberian Tiger. Here are facts you may not know about lions:

The Danger of Extinction.

There are currently only about 21,000-35,000 lions living in the world, based on best estimates. Other than those living in captivity, all lions are known to live in Africa. The lion population has been significantly dwindling since the 1950’s. The lion population in the world is estimated to be half of what it was in the 1950’s. Despite efforts to save the lions, their habitat is threatened, poachers remain a threat to the survival of the species, and disease all complicate conservation.

Lions are some of the most social of all felines. They live in large groups, called a “Pride.” Females are the head of the social hierarchy of a lion pride. Female lions of a pride do not welcome females from outside their pride. A pride consists of 5 to 6 lionesses, their offspring of both sexes, and 1 to 4 of their mates.

These Cats Love to Sleep.

Lions are known to sleep up to 20 hours a day! That’s a lot of cat napping! Lions are nocturnal and hunt at night (more about that later). They keep fit by their bursts of activity that are required during the hunt of prey. While they do sleep a lot, these burst of activity are enough to keep lions fit. Although in captivity, they have to be encouraged to exercise, because they are lacking these hunt exercises in their day to day activities.

Why are they called King of the Jungle?

Lions are often called King of the Jungle because of their size, majestic look, and because they do not have many natural predators. Lions are considered to be on top of the food. Occasionally, hyenas will attack an injured or sick lion, or when food is scarce, they will target a healthy lion when they are away from the pride. Overall, however, there is strength in numbers. Because lions live in a large pride, lions have little fear of predators and can live in the open savannahs. Lions have strict pride rules and will defend their pride to the death.

Female lions do most of the hunting while male lions stay back and protect the pride of other lions or other would-be attackers. Most hunting takes place at night, where lionesses stalk their prey in teams, then ambush their prey. Lions inhabit the savannahs and can blend well with their environment, in the tall grasslands, scrub, and woodlands. Male lions do sometimes get involved with the hunt, when taking down large prey, such as a buffalo, because of the size, strength and power that characterizes male lions. Female lions are faster and agiler, which makes catching prey easier for female lions.

Lions mate throughout the year. The gestation period for a lion is about 110 days. Typically, lions will have 2-3 offspring per litter although they may have up to 6. Nursing lionesses show no favoritism to their own cubs and nurse the cubs of other lionesses in the pride. Young lion cubs will remain with their mother for about 2 years and begin learning how to hunt at around 11 months.  They begin weaning at about 10 weeks, begin eating meat at around 3 months, are fully weaned by 10 months, and have fully developed their hunting acumen by 2 years of age.

It’s Tough to be King.

Only 1 in 8 male lion cubs will survive to adulthood. At about 2-3 years of age, when male cubs reach sexual maturity, the adult male lions of the pride force them to leave the pride. These young lions are forced to roam, without the protection of a pride. They often travel in bands, with their brothers and cousins, but often succumb to starvation, become prey themselves, or can be hunted by humans. If they survive these harsh conditions, they must take over another pride to survive. This means a battle to the death to take over a pride—many do not make it this far. If the male lion is successful in taking over a pride, often they will kill the offspring from the male lions who came before them.

Lions living in the wild can be found mostly in the southern and eastern regions of Africa—in Sub-Saharan Africa. However, a small population of Asian Lions does inhabit the Gir Forest in India. Asian Lions once roamed from the Middle East and throughout India, nevertheless, the African Lion has suffered a tremendous loss of territory and the numbers of African Lions has sharply declined. It is very rare to find lions outside of protected areas, and as human populations expand, lion populations continue to disappear.

An African Lion is about 4.5 feet to 6.5 feet from head to tail. They weigh about 250-450 pounds. Their tales are about 25 inches to 40 inches in length. Asian Lions are significantly larger, weighing in at about 300-500 pounds, and about 6.5-9.5 feet in length. Their tales range from about 23-36 inches in length. Male lions of both subspecies are larger than female lions of the same subspecies. Male lions are distinguished from female lions, by their massive manes that encircle their necks and crown their heads.

Lions can go up to 4 or 5 days without water although they will drink it daily if it is available. Lions will hunt large prey, such as giraffes, wildebeests, small/young elephants, hippos, zebras, buffalo, and rhinoceros. Each of these is large enough to provide multiple meals for the pride. A lion’s diet will also consist of smaller prey, such as lizards, tortoises, warthogs, crocodiles, mice, and antelope. Lions are not too prideful to scavenge for food from hyenas, leopards, cheetahs, and other predators—they simply take over the kill of these animals.