Forbidden Destinations That You’re Not Allowed To Visit 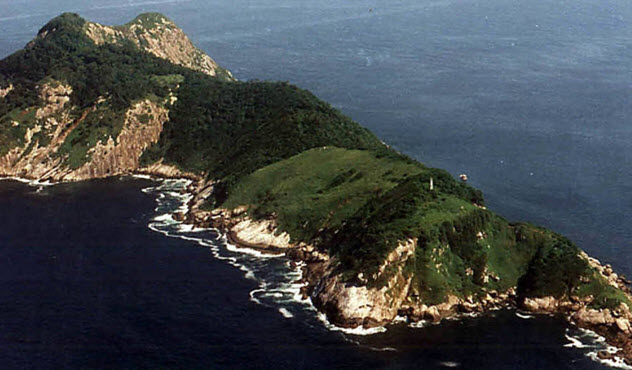 There are quite a number of beautiful destinations to visit around the world. But some places are either too dangerous, too protected, too mysterious to explore or reserved for scientific purpose.

Several locations across the globe—from man-made buildings and structures to natural habitats that contain dangerous species, religious mysteries, and secrets—make these areas forbidden to outsiders.

Not all scenes in France are made of rolling green hills filled with gorgeous villages. In fact, there is one deserted area that has been forbidden for nearly a century. In a region near Verdun, France, lies a virgin forest known as the Zone Rouge (aka the Red Zone). Nobody lives there, nothing has been built there, and it is actually forbidden to enter.

Before World War I, Verdun was mainly farmland. The area quickly changed during the war after millions of rounds of artillery shells were fired. The ground was churned up, the trees were smashed, and the towns were destroyed by explosives. The war ended in 1918 and left the villages a casualty of war.

The French government considered the cost of rehabilitating the land but ultimately decided to relocate the local villagers. All the shells and munitions were left in the area, and it was deemed Zone Rouge.

The 1,190-square-kilometer (460 mi2) area is still strictly prohibited by law from public entry and agricultural use. Authorities are working to clear the land. However, at the current rate, many believe that it could take 300–700 years to complete or it may never be fully cleared.

One of the best-kept mysteries in the US is located just 48 kilometers (30 mi) southwest of Louisville. The United States Bullion Depository (aka Fort Knox) is stacked with glittering gold bricks . . . we think. Very few people have entered the “gold fortress,” leaving many unanswered questions about the location.

Construction of Fort Knox was completed in 1936, and it sits on a 109,000-acre US Army post. Gold was shipped in at that time by trains manned by machine gunners. Then it was loaded onto army trucks protected by a US Cavalry brigade.

Just to be clear: Technically, Fort Knox (the US Army post) is adjacent to the US Bullion Depository. But the term “Fort Knox” is often used to refer to the gold vault building.

The US Constitution and the Bill of Rights were both stored there for short periods. The US government figures that the United States Bullion Depository holds nearly 4,582 metric tons of gold, which is worth more than $175 billion. The facility has one of the most advanced security systems known. What goes on there is mostly a secret, which is how the phrase “as secure as Fort Knox” originated.

As hard as it is to believe, there are still “uncontacted” indigenous groups, which means that they maintain no contact with modern civilization. The Sentinelese people of North Sentinel Island are one of those few remaining uncontacted tribes.

In 1991, an outside expedition from India floated coconuts in the water toward the island inhabited by the Sentinelese, who are known to be hostile to foreigners. On two such trips, an Indian team made contact. The Sentinelese wanted the unfamiliar coconuts, but they did not really welcome the outsiders.

It is estimated that about 80–150 people live on the island, and their language isn’t known to any outsiders. Little is known about the tribe, which keeps them a mystery to many. But we do know that they don’t care much for company.

In 2018, a US missionary attempted to contact the Sentinelese people but was quickly killed by bow and arrow. The group has made it clear for years that they have no interest in making new friends.

In 1896, a convict from the Great Andaman Island Penal Colony escaped on a makeshift raft and eventually washed ashore on North Sentinel Island. His remains were found days later with a cut throat and several arrow wounds. It’s clear that the Sentinelese don’t want any contact, and it’s best to leave it that way.

Chapel Of The Ark Of The Covenant
Ethiopia

One of the most sought-after artifacts from the Bible is the Ark of the Covenant. The legendary object was built around 3,000 years ago to house the stone tablets containing the Ten Commandments. The Ark vanished from history after the Babylonian Empire conquered the Israelites. Nobody really knows if it was destroyed, captured, or hidden.

According to Ethiopian lore, the Ark of the Covenant is located at the St. Mary of Zion Cathedral (aka the Chapel of the Ark) in Aksum. The church only allows one man to see the Ark, and he is a monk who acts as the guardian of the artifact.

Although some reports claim that the Aksum object is only a replica of the Ark, nobody else is even permitted to enter the chapel to study the artifact, making it a forbidden place that you wish you could visit.