This Simple Shift in Thinking May Help You Make Healthy Changes 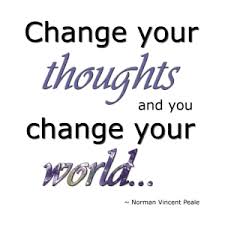 If you have ever tried to make healthier lifestyle choices, then you’ve probably learned that you resist change despite the best of intentions. This is true for goals such as losing weight, eating healthier, exercising regularly, or getting to sleep on time. You dismiss the kind whispers of encouragement with harsh “truths” about your inadequacies. You may be motivated by enthusiastic enticements and promises of rewards, but they soon lose their appeal. And, you probably defend yourself against, or crumble under, harsh demands – neither of which results in success.

But don’t give up – there is hope yet. In 2018, researchers at the University of Pennsylvania came up with a totally different approach.

They found that people can benefit from turning their attention to important connections in their lives, rather than just focusing on themselves and their goals. They asked one group of people to imagine a future time when they might feel close to important connections, such as family, friends, God, or their higher power. They asked a second group of people to make positive wishes for people they knew and for strangers. And, they asked a third control group to reflect on their own least important values.

Afterward, all groups were given direct messages about the importance of being more physically active. For one month, they received daily texts reminding them to repeat the same thought experiment. The two groups that were directed to think beyond themselves were much more active than the control group. Those “self-transcendence” groups also showed greater activity in the areas of their brains that are associated with reward and positive responses.

The researchers suggested that by connecting with something beyond yourself, you might be more likely to appreciate yourself as a whole person – as more than the specific challenging behavior. In a sense, it enables you to let your defenses down enough to be more open to making lifestyle changes.

If you have been trying to make a healthy lifestyle change, consider doing your own experiment.

Develop reasons for engaging in a new, healthier behavior. For instance, the researchers gave their subjects the messages that being active will strengthen their muscles, enabling them to move more easily and enjoy activities longer. They suggested developing the habit of taking the stairs (when possible) rather than the elevator. Finally, they explained that sedentary people are more at risk for heart disease, sickness, and earlier death.

Enter these reasons into your phone and set a daily reminder. Pick a time when you will be most likely able to give your full attention to this exercise. At the appointed time, think briefly about connecting with loved ones, or making positive wishes for others. Allow yourself to observe and absorb the positive feelings that accompany this thinking. Then read your note on the importance of making your chosen change in behavior.

You may find it helpful to chart your chosen behavior. For instance, you might note the days you have taken the steps at work rather than the elevator, or parked at the far end of the parking lot so that you would walk more. Or, if you are trying to eat healthier, you might record your daily food choices. Seeing accomplishments chronicled in this way is motivating for many people.

Paradoxically, by connecting with someone or something beyond yourself, you can nurture yourself. You may feel a greater sense of well-being and be better able to meet the challenge of changing your habits and creating a healthier lifestyle.