Facts and Figures: A History of Egyptian Architecture 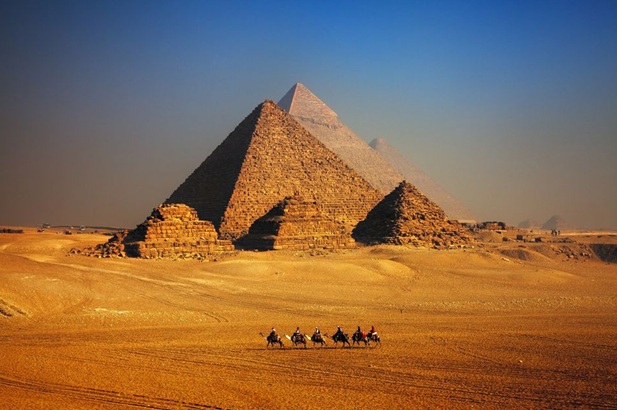 History is filled with amazing and astonishing architecture and traditions. They are the reminders of the time spent by the most amazing of civilizations before us and they should be given the respect they deserve. And that respect includes the study and circulation of stories left by those amazing people and their buildings, language, traditions, sports, food, agriculture and their customs.

Here are some amazing facts and figures to get your ‘history intriguing’ juices flowing: -
•    Just for a little history trivia, Ancient Egypt dates back to 3150 BCE but the Egyptian architecture that we think of today did not become in this shape until approx. 2649 BCE. There are many structures like the mastabas, the Great Pyramids and the Great Sphinx which survived the old kingdom, which lasted about 2150 BCE.
•    One of the best-knowntypes of Egyptian architecture is the ‘Burial Pyramids’ and the earliest example of that in Ancient Egypt is the step pyramid which got its name because of the way it was stacked with sides forming steps around it. The first of these was the Pyramid of Djoser which was designed by Djoser’s vizier Imhotep and constructed around 2667 to 2648 BCE.
•     The architects of the old kingdom changed their architectural style and moved on to smooth sided pyramids like we see nowadays in Giza. These date back to around 2580 to 2560 BCE which is near the time The Great Sphinx was built on the same plateau around 2558 to 2532 BCE. While some believe the Sphinx houses tunnels beneath its massive feet and belly, it is likely an example of artrather than architecture, given that no such tunnels have been found.
•    The Middle Kingdom, which dates from 2055 BCE to 1650 BCE, saw the building of pyramids continue, but temples really dominate this period in the history of Ancient Egyptian architecture. Temples were built earlier, but very little of them have survived. Of the Middle Kingdom, much is left. Deir el-Bahari appeared across from modern-day Luxor. The great pylon towers that would mark the New Kingdom also began appearing in temples.
•    The Luxor Temple is also a huge religious monument founded over 1400 BCE. In spite of the name, there are 6 temples associated with Luxor, known as the Thebes.
•    The Temple of Hatshepsut – This mortuary temple was designed by the queen's architect Senenmut in the 15th century BCE and is part of Deir el-Bahari. Click here to discover more about The Temple of Hatshepsut.
•    The Royal Tombs of the Valley of the Kings – There are more than 60 known tombs in the Valley of the Kings, all built at different times for different rulers.
•    The Temple of Karnak – The Temple of Karnak is massive and exists outside of the modern cities, unlike other important buildings from Ancient Egypt. It has several sections which have been deconstructed, reconstructed and/or built around over the course of thousands of years. Only the section dedicated to Amon-Ra is currently open to the public.
•    Abu Simbel – Abu Simbel is home to two temples, one to Nefertari and the other to Ramses II, which were constructed between 1264 and 1244 BCE.

Interesting Facts About Ancient Egyptian Architecture
•    Ancient Egyptians would often build structures to align with the sun in some way. For example, the main chamber of the Temple of Ramses II at Abu Simbel was designed to light up only twice a year, on the date of his coronation and his birthday.
•    The polished white limestone casing stones of the Great Pyramid of Giza are mostly gone. Between an earthquake and use by later rulers for their own construction, there are very few left on the pyramid itself.
•    In spite of a growing body of artifacts from around the Great Pyramid, it is still unknown precisely how the gigantic structure was built and how ancient workers moved the stones into place.

We have studied about the buildings that make the Egyptian Architecture so amazing but what about the architects that built them? The most famous of them was Imhotep, the architect of King Zoser’s mortuary precinct and the tomb complex of his successor. His titles and functions, preserved on a statue of his royal master, were "chief sculptor, high priest of Heliopolis, hereditary prince, the first after the king, and keeper of the seal of the king of Lower Egypt." More notable names in Egyptian Architectural world are Amenhotep (son of Hapu), Senemut, Ineni and a few others.