Some of the Notable Catastrophes Caused By Food 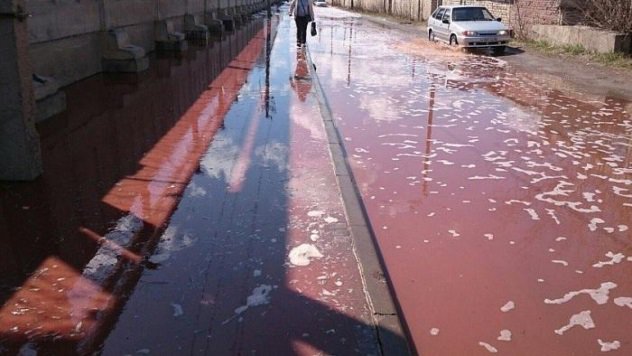 A series of explosions in an Australian pet food manufacturing plant caused in excess of AUD $10 million worth of damage in 2003. Residents in the rural town of Gunnedah thought they were experiencing an earthquake when a series of explosions shook the town late one night. A boiler explosion in the nearby pet food plant was felt up to 20 kilometers (12 mi) away. More than 30 homes and ten other buildings within the vicinity of the factory were damaged. Windows shattered in the blast, damage was caused by flying debris, and the scene was described as “a war zone.”

Residents reported seeing a mushroom cloud over the plant as the wheat dust used in production caught fire. LPG gas cylinders within the plant continued to ignite, causing ongoing explosions throughout the night as emergency crews evacuated residents and fought to bring the situation under control. Fortunately, there were no casualties in the explosions, although the building was quickly reduced to a twisted mess of metal girders.

Streets paved with chocolate seem like something straight from a fairy tale. However, it was a reality for residents of the small German town of Westonnen in December 2018. In a scene from Willy Wonka & the Chocolate Factory, a vat of liquid chocolate in the DreiMeister factory overflowed. Over a metric ton of molten chocolate flowed like a river down the street, solidifying quickly in the brisk winter air. Resident chocolate-lovers were held back from the scene to allow workers a sweet break to clear the hazard.

Roads were closed for several hours as cleanup crews worked with shovels and blowtorches to remove the solidified chocolate from the roadway. Unlike Hansel and Gretel, they were not encouraged to break off a piece of the candy to have a taste. The manufacturer was quick to reassure customers that the incident wouldn’t affect the availability of chocolate for Christmas.

Cheese seems like a fairly harmless food, but you may want to be aware of its flammable qualities the next time you are melting cheese on toast. Its combustible properties were put on spectacular show during a Norwegian truck accident.

In 2013, a truckload of Brunost cheese was being driven through the a tunnel in Tysfjord in Northern Norway. The truck driver noticed a fire at the rear of the truck, abandoning his load around 300 meters (1,000 ft) into the tunnel. The high sugar and fat content in the brown cheese caused it to burn “almost like petrol,” sending toxic fumes through the tunnel. Emergency services were forced to wait until the toxic, cheesy fumes subsided before they could begin recovery operations. The tunnel was closed for several weeks due to damage caused by the bizarre cheese fire.

When agricultural prices are low, markets can be flooded with fruit. Farmers often sell their produce for pulp to be made into juice. However, a Russian town was literally inundated with fruit juice following a warehouse accident in 2017.

The roof of the beverage manufacturing plant in the small town of Lebedyan collapsed, injuring two workers. Stocks of packaged fruit juices held in the warehouse were damaged as the roof caved in on the factory. As rescuers attempted to clear the wreckage, several tons of mixed juice stored in the warehouse escaped, flooding the town.

Attempts to contain the sticky torrent of liquid flowing through the streets proved fruitless. The river of juice eventually seeped into the River Don. Fortunately, no lives were lost in the accident. The workers trapped inside the building were taken to the hospital with minor injuries.

A tsunami of beer may seem like an ale-lover’s dream, something that might even be joked about around the bar. However, it was no laughing matter for residents in one of London’s poorest districts in 1814, when they were inundated with a river of ale.

On October 17 of that year, a vat of beer in the Meux and Co. Brewery suddenly burst when one of the metal rings securing it failed. This sparked a bizarre chain reaction. The vat then toppled surrounding beer kegs, releasing over 1.47 million liters (388,000 gal) of beer into the surrounding neighborhood.

The huge tsunami of ale rushed through the brewery wall, drowning a waiter in the adjoining tavern before flowing down Great Russell Street. While some locals reportedly rushed to enjoy their “free pint,” surrounding homes were extensively damaged. A further seven people were killed in the tidal wave of beer that flooded the area. Most fatalities occurred in a small lane behind the brewery, where residents were trapped by the oncoming rush of beer.