What Would Have Happened If There Was No Moon 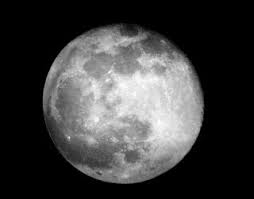 It Would Be A World Devoid Of Intelligent Life

Complex life on Earth might not exist at all without a moon to take care of us. Without the Moon, the Earth would have been hit by a greater number of large asteroids and planetary bodies. Under this scenario, life would have had a hard time trying to exist, which means a lower probability that living beings would have become more complex over time.

It is believed that the stabilization of the Earth’s axis provided by the Moon, combined with continental drift, allowed the emergence of many different ecosystems across the planet. These ecosystems, which were more complex than those at the time of the dinosaurs, contributed to the emergence of mammals and, ultimately, of humans. So, had the Moon never existed, beings like us would also have had a lower probability of coming into existence.

If there were no Moon, the weather patterns on Earth would go crazy. Of course, this assumes that the Earth still had an atmosphere. First, the destabilization of the Earth’s axis due to the lack of the Moon would cause extreme changes in global temperatures.
As the poles would remain longer under the Sun’s heat, the surrounding oceans could reach a temperature of at least 47 degrees Celsius (116 °F). Meanwhile, the areas at the equator would suffer from glaciations.

The phases of the Moon in the sky also affect the rainfall of a region. When the Moon is overhead, the atmospheric pressure and the air temperature increase, which translates into less rainfall for that place. If the Moon did not exist, we could expect more rain. But the effect caused by the Moon is so minimal that the increase in rainfall would be only 1 percent.
In addition, we know that planets with a faster rotation also have stronger winds. For example, a day on Jupiter lasts about 10 hours and its winds are 160–320 kilometers per hour (100–200 mph).

Meanwhile, Saturn completes a rotation in about 10.5 hours, having winds that can reach 1,800 kilometers per hour (1,118 mph). And as we discussed earlier, without the Moon, the Earth would rotate faster, with days that could essentially last several hours less.

Under these conditions and despite the obvious differences between planets (such as Earth and Jupiter in terms of size and composition), the winds on our planet could reach 160 kilometers per hour (100 mph) on any day. Hurricanes would have even stronger winds with a greater destructive force.

Earth’s Magnetic Bubble Would Be Switched Off Forever

Earth’s magnetic field (aka magnetosphere) is essential for the development of life on this planet. Such a magnetic bubble surrounds the Earth and constantly protects it from solar wind, a flow of charged particles that come from the Sun with the power to destroy our atmosphere. But the magnetosphere also protects us because it prevents life from being bombarded by harmful cosmic and solar radiation.

The magnetosphere exists due to something known as the geodynamo, which is the rotary motion of the molten iron core of the Earth. Such a movement of the internal magnetic metals causes the magnetosphere to remain strong.

This geodynamo exists thanks to the tidal forces that the Moon exerts on the Earth. As the Moon flattens and stretches the inner layers of the Earth with its gravitational force, enough energy is generated to keep the planet’s core hot and moving.

If we did not have the Moon and its exchange of rotational energy, the Earth’s core would stop moving and then it would solidify. With the geodynamo lost, the magnetosphere of the planet would vanish, allowing the solar wind to devour the atmosphere completely. Without an atmosphere, every water reservoir on the Earth’s surface would evaporate and solar radiation would turn our world into a barren desert.

No More Moon, No More Gold

Gold, platinum, palladium, iridium. These metallic elements have proved extremely valuable to our civilization. We have used them in all kinds of inventions—from cars and spaceships to electronics and jewelry. But again, it is likely that we would not have such materials without the Moon.
Why?

To understand it, we must go a little deeper into the facts surrounding the formation of the Moon. About 4.5 billion years ago, a rock the size of Mars—which scientists have called Theia—hit squarely against the hot, molten surface of early Earth.

Both the outer layer of Theia and part of the Earth’s mantle were ejected into space, agglomerating in Earth’s orbit to form the Moon. However, the core of Theia stayed here on Earth and the metals that composed Theia became part of our planet.

If the Moon had never formed, the concentration of precious metals in the Earth’s mantle would be much lower. It happens that metals like gold and platinum tend to be attracted to iron. On a molten planet like the Earth was at first, these metals would have sunk until they reached the iron core. They would have been trapped there forever once the core began to cool.

But thanks to the formation of the Moon after an interplanetary impact, abundant amounts of metallic elements were scattered in the Earth’s mantle. There they waited until seismic activity dragged them to the surface and to us.

The Oceans Level Would Drop

Among the best-known effects that the Moon produces on Earth are ocean tides. Together with the Sun, the Moon is responsible for increasing and decreasing the level of our seas several times a day. As the Moon revolves around the Earth, the former’s gravity pulls the oceans toward it and thus high tides are created.

In essence, the closer the Moon is, the higher the tides. To get an idea of the power of the Moon over the oceans, the maximum height difference between low and high tides can be as much as 16 meters (52 ft).

If the Moon were not there to cause this effect, ocean tides would be significantly reduced. There would still be tides because the gravitational force of the Sun also does its part over the Earth’s water, although its attraction is less than that of the Moon.

In short, the tides would be reduced to one-third of their current size and the oceans would become much calmer. The sea level would also be affected. Without the gravity of the Moon, the oceanic water would be redistributed uniformly across the entire surface of the Earth. Therefore, the sea level at the poles would increase drastically.

While the Earth revolves around the Sun, it also rotates on its own axis, which turns out to be tilted. Currently, the rotation axis of the Earth is inclined about 23.4 degrees, a value that does not change during the year.

As a result, in a certain part of the year, the northern hemisphere is more oriented toward the Sun than the southern one is. Six months later, when the Earth is on the opposite side of its orbit around the Sun, the southern hemisphere is now the one facing toward the star. In this way, both hemispheres of the Earth receive different amounts of sunlight and heat according to the time of year in what we know as annual seasons.

The reason why the Earth is tilted on its axis goes back to its formation 4.5 billion years ago. When the early version of the Earth collided with another planetary body, its rotation axis inclined drastically. Then, the attraction of the Moon stabilized this inclination to the current one, with small fluctuations over the span of millennia.

So, what would happen if the Moon did not exist?

Well, some experts believe that the Earth would tilt up to 85 degrees more than now. Others are more modest and assume that this inclination could be up to 20 degrees. Either way, the Earth’s axis would tilt so much that the poles would be exposed to the Sun, melting their ice caps and triggering extreme climatic shifts. In fact, a change of only one degree in the inclination of our planet’s axis is enough to cause ice ages.