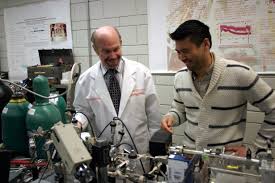 Shiri
Shiri is a Japanese mechanical butt that exhibits emotions in response to human touch. Made from skin-like silicone, it will tense up in fear if hit, and shiver- seemingly in pleasure - if stroked. Internal microphone help Siri determine how its being touched, for instance recognizing the sound of a slap.Though people weren't exactly rushing out to buy their own ro-butt .. within robotics, Shiri's ability to distinguish a human touch from that of an inanimate object was landed as groundbreaking.
High 5 Simulator
Described as “a convenient outlet for the release of excitement” , this 1990's invention is essentially a spring loaded arm that will high-five its owner. Created to help lonely sports fans celebrate their teams victory, the arm came clothed in colors of the owners' team and some models even replicated the hands of high-profile sports-stars. It also came with several pre-recorded sounds including two hands slapping and a celebratory “Yes!”

Pet Rock
When the Pet Rock hit shelves, creator Gary Dahi made $15 million in the first months. The rocks came in a cardboard carrying case, with air holes and  a bed of straw and included a manual about how to create and feed your new Pet Rock. Over 1.5 million people couldn't wait to snap up the rocks, ignoring the fact that rocks were widely available on the street for free. Costing $4 each, this useless invention was hailed as one of the “most ridiculously successful marketing scheme ever”.

Foot powered bike
A bike with neither a saddle nor pedals forces the rider to run at regular intervals between period of coasting. Created to encourage bike riding in cities, with the Fliz Bike the “cyclist” wear a harness around the chest and dangles face down from a metal bar. The invention was criticized for being useless when tackling hills as well as raising safety concerns as the riders head is wedged in a metal frame.

Golf Putting Bra
A Japanese company designed a bra that can be turned into a mini putting ground, for any women desperate to play a quick game of golf. Designed with a pocket for extra balls and tees. It also included a speaker that congratulated a player on getting a “nice shot!”. Unfortunately the company overlooked the fact that a woman would be left without a bra for a while she played. Created in response to a growing love for golf, the company have also made underwear that doubles up as a soup bowl-complete and chopsticks.
Parachute Jacket
French tailor and inventor Franz Richest created the Parachute Jacket which he hoped would eventually be worn by pilots in case of emergency. With fabric attaching the sleeve ends to the body of the suit, Reichelt believed that by simply holding out their arms, the wearer will be able to glide to safety. Though earlier test were unsuccessful, on 4th February 1912 Franz decided to test it out himself. Wearing his creation, he jumped from the first deck of the Eiffel Tower, plunging 57 meters to his death.
Mizar Flying Car
Evidently we didn't learn our lesson fro Franz, as in 1973 the inventor Henry Smolinski created the flying car. The invention was actually a Ford Pinto with the wings, engine and tail of an airplane attached. The parts were attached with small metal screw, allowing them to detach if the owner wanted a normal car. During a test flight, the crew loosened, causing the vehicle to fall apart. Falling 122 meters, both the inventor and passengers were killed when it plummeted to the ground.
Fat free potato chips
In 1998, a snacks company Frito-Lay introduced Wow! A brand of fat-free potato chips. The miracle chips included an ingredient called olestra. It tasted exactly like fat, but was said to contain no calories or cholesterol. However, once eaten, it turned out that the ingredient prevented the body from absorbing nutrients. As a consequence, those who ate the chips suffered from cramps and diarrhea. The ingredient is now used to lubricate power tolls and paint decking.
Baby Cage
In 1930's more and more Londoners began to live in tiny apartments in high -rise buildings. With no access to gardens, some parents hung cages from the windows of their apartments and placed their children inside so they could get fresh air. Although it was a U.S invention, it was only distributed to members of the Chelsea Baby Club. Unsurprisingly, many parents were a little anxious about suspending their children several stories high and a trend didn't catch on.

The Fire Box
Created in 1938, the Firebox was an alarm intended to catch pranksters reporting fake fires. As soon as the alarm rang, a handcuff closes around the wrist, restraining them until freed by the fire police service. Of course, in the case of a real life fire, the heroic person who raised the alarm could be trapped as well, leaving them to perish with the blaze
Leave a comment...