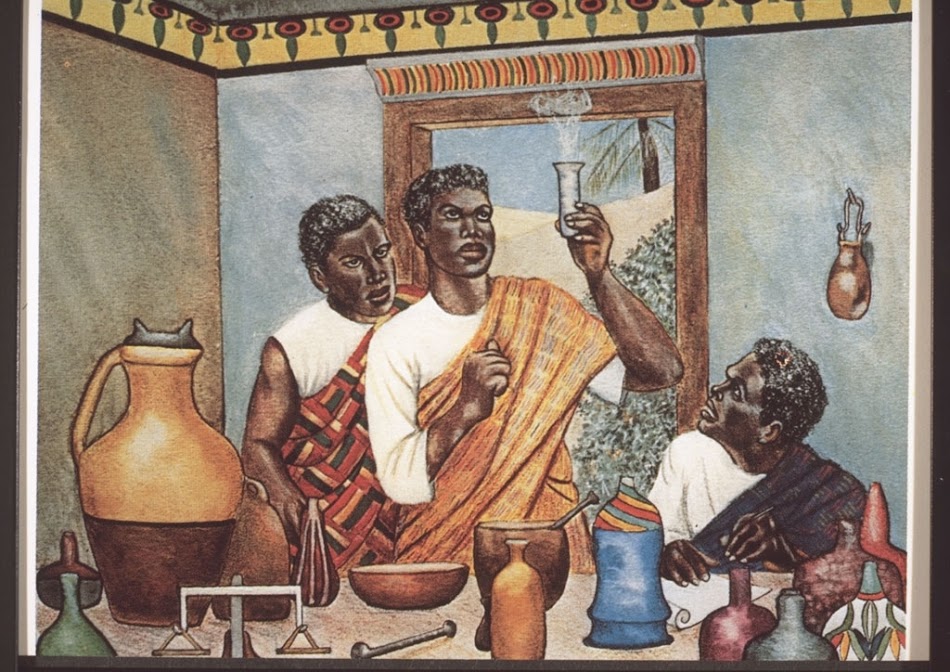 Despite suffering through slavery, oppression, mismanagement and a host of other vices, Africa is a continent that has fought to remain strong, admirable and formidable amidst suffering and oppression. One of such admirable aspects of Africa is its achievement in significant areas of life and work that many might not even be aware of. Obiaks Blog fills in this gap by sharing 4 great achievements of ancient Africans most people don't know.
Mathematical Achievements
Many modern high-school level concepts in mathematics were first developed in Africa. More than 35,000 years ago, Egyptians scripted textbooks that included basic mathematical concepts like division and multiplication of fractions and geometric formulas to calculate the area and volume of shapes. The ancient Egyptians were the ones who considered a circle to be 360 degrees and estimated pie at 3.16. They also calculated distances and angles, solved algebraic equations and carried out mathematically based predictions on the size of the floods of the Nile. In addition, eight thousand years ago, the people in present-day Zaire developed their own numeration system, as did the Yorubas in present-day Nigeria. The Yoruba numeration system was based on units of 20 (instead of 10), and scholars have lauded this because it required an impressive amount of abstract reasoning and subtraction to identify different numbers.
Architecture and Engineering
Many ancient African societies built sophisticated environments. The Egyptians pyramids are very good examples of the engineering feats of ancient African societies. Later in the 12th century, in the far south, there were hundreds of great and architecturally brilliant cities built in Mozambique and Zimbabwe. Massive stone complexes were the hub of these cities, and one even included a 250-meter-long, 15,000-ton curved granite wall. The cities had huge castle-like compounds with numerous rooms for specific tasks like iron-smithing. In the 13th century, the Mali empire was another African society that boasted of impressive cities, including Timbuktu, with grand palaces, mosques and universities.
Metallurgy and Tools
Some ancient African societies were responsible for a good number of the advances in metallurgy and tool making. Advances in Tanzania, Rwanda and Uganda between 1,500 and 2,000 years ago were believed to have surpassed those of the Europeans, and were astonishing to the Europeans when they learned of them. For example, Ancient Tanzanian furnaces could reach 1,800°C, which was 200 to 400°C warmer than those of the Romans.
Astronomical Achievements
It is believed that several ancient African cultures birthed discoveries in astronomy. Some of these discoveries are foundations on which the field of astronomy still relies on for footing, while some others were so advanced that their mode of discovery has still not been understood. Egyptians were responsible for a good number of these discoveries and they charted the movement of the sun, constellations and the cycles of the moon. They are believed to have divided the year into 12 parts and developed a yearlong calendar system containing 365 and a quarter days. They made their clocks with moving water and used sundial-like clocks.
Additionally, the Dogon people of Mali also garnered a wealth of detailed astronomical observations, with discoveries so advances that some modern day scholars actually refuse to credit them with the discoveries. They credit their discoveries instead to space aliens or unknown Europeans travelers. The Dogon people are believed to have known about Saturn's rings, Jupiter's moons, the spiral structure of the Milky Way and the orbit of the Sirius star system. Hundreds of years ago, they plotted orbits in this system accurately through the year 1990. They knew this system contained a primary star and a secondary star (now called Sirius B) of immense density and not visible to the naked eye.
Leave a comment...