Superstar Davido in Another Babymama Saga.See the Released baby's photos,chats,tweets and pictures by paties involved 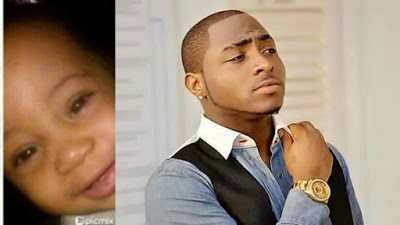 Nigerian artists are still keeping up the tempo of babymamarism .its like they are trying to outdo one another in the game. The new baby mama brouhaha is on our omo baba olowo (O.B.O)crooner, Davido. According to the baby mama involved she wants the world to know that Davido is the father to her 4 years old daughter.

The lady alleged that Davido has not taken responsibility of his four year old daughter named veronica right from birth till now and she wants the world to know about this irresponsibility.

Responding to this accusation, Davido in a series of tweets has dismissed this accusation has cheap blackmail stating that the said child underwent a DNA test sometimes ago and the result was negative and he believed the said child is not his. Meanwhile the singer is said to be expecting another child with his Atlanta based lover named Amanda. If all these allegations is anything to go by, then Davido will be having 3 children from three different women out of wedlock.