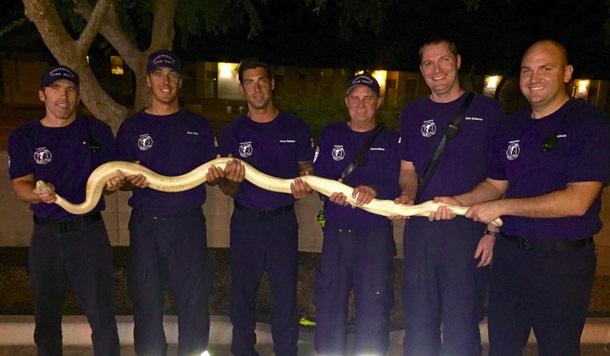 Hard to tel if the snake was grateful


A fire department in Arizona received an unusual rescue call during a storm Friday night.

The storm system brought heavy rain, thunder, lightning and hail to Scottsdale and surrounding areas, part of the monsoon season affecting the Southwest.


During the storm, the Scottsdale Fire Department rescued a pet python that managed to slither into harm's way.

On the fire department's Facebook page, the crew is seen posing with the snake, which was found near Scottsdale Stadium. The snake was taken to The Herpetological Society until its owner could be located.