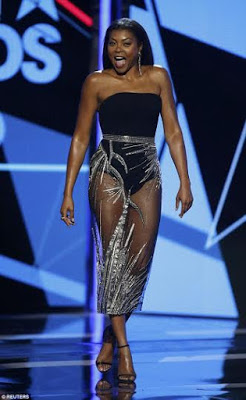 45-year-old Hollywood actress Taraji P. Henson stepped out for the 2016 BET Awards in Los Angeles, wearing a black sleeveless leotard which clung to her figure and a sheer skirt with a silvery embellishment. Taraji who stars as Cookie Lyon on Empire won the award for Best Actress - for the second year in a row. See more photos below.