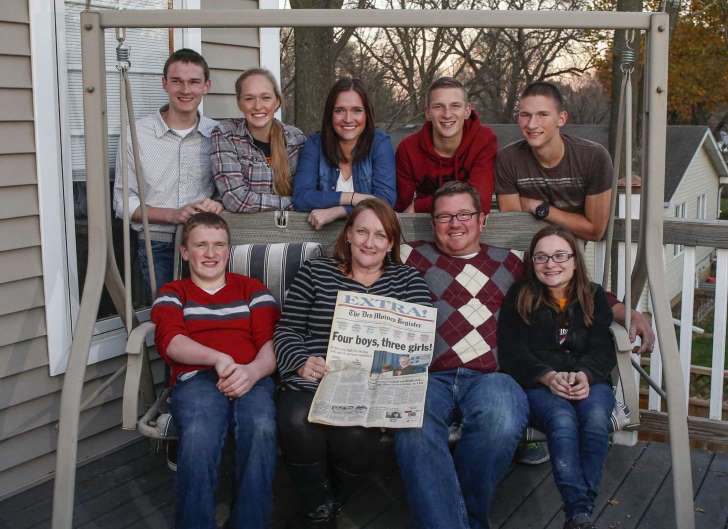 The world's first surviving septuplets Alexis, Brandon, Joel, Kelsey, Kenny, Natalie and Nathan McCaughey have graduated from their Iowa high school. They all crossed the stage Sunday as part of Carlisle High School's class of 2016.

The septuplets were born Nov. 19, 1997, ranging in weight from 2 pounds, 5 ounces to 3 pounds, 4 ounces. Their mother had taken a fertility drug.

The septuplets revealed they are all going on separate paths following high school, including the military and college. Two of the seven plan to attend Hannibal-LaGrange University in Missouri, where their parents say they were promised a free education.
Leave a comment...