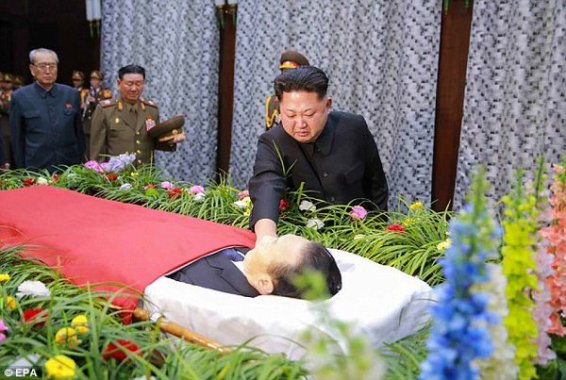 North Korean leader Kim Jong-Un showed rare public emotion as he openly cried at the funeral of his most trusted aide, Kim Yang-Gon. Kim touched the face of his late comrade and confidant during his state funeral today, describing him as a 'close comrade-in-arms whom nobody can replace'.