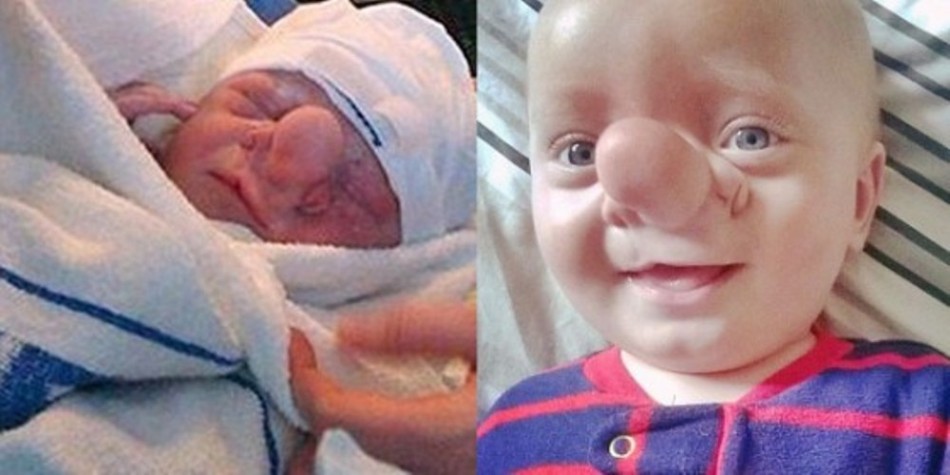 As a fetus, Ollie Trezise's brain grew inside his nose and he has been described as the Ďreal-life Pinocchio' by his proud mother.

An MRI finally confirmed that the lump was an encephalocele Ė a defect that causes the brain to grow through a hole in the skull, creating a protruding sac.

ďTo me, Ollie is perfect,Ē she says. ďHe is my little real-life Pinocchio and I couldn't be prouder of him. Ollie will probably never look like all the other children and I'm terrified that he will be bullied at school. But he is such a lovely boy that it's impossible not to adore him.Ē